A funny thing happened to me this morning. I got this email in my inbox to “10 Great Photo Apps for your Phone”. I clicked the link to see what these glorious apps were. I read the first 5 (Spoiler alert: Snapseed was first), then it said “Log in with Facebook to see the rest of the list!” so I thought “meh okay” and clickity click, I logged in. Then it went to this “profile” of mine I supposedly had on shootandshare.com (which I knew nothing about up until this point), and I saw this:

(Here are some numbers: 110,928 photos were submitted to this photo contest worldwide. And 23,154,356 votes were submitted in total (yes, over 23 MILLION votes) by 73,883 people. These are big numbers! You were allowed to submit up to 40 photos total, across any of the 21 categories. I’m pretty sure I submitted somewhere around 30, so adding these awards above together = 15. So HALF of the images I entered placed in the top 30% or better??? That’s pretty incredible!! *mind blown*)

Rewind: Back in January (or early 2015 sometime, I can’t remember exactly), I entered some photos into the Shoot & Share photo contest. I don’t usually enter photos into photo contests because most of them aren’t fair, they’re popularity contests (“get your friends to vote for you!”), or you have to pay for to enter. But this one was different because not only was it free to enter, but during the voting part, 4 random images would come up at a time and you would just pick your favourite one. There was nowhere that said who the photographer was, or where the image was shot, or any of the settings. No information at all. Just “which image do you like the best for this category”, basically. I got an email once the voting period was over which announced the winner – and it wasn’t me, so I shrugged and moved on. I didn’t really think much of it, because I never thought I would win let alone “place” at all.

So! Imagine my surprise and excitement when I saw this: 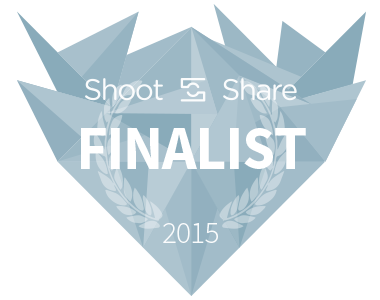 Finalist? FINALIST? WHAT?! That’s news to me!

I looked into it further and found out that there were 12 rounds of voting total. (I vaguely remember getting emails saying “the next round of voting has begun!” and ignoring them. haha.) Anyway, all of my photos made it to the second round of voting. After that, I could see how many rounds of voting each photo I entered got to, and they ranged from 2 to 12 (the max). Keep in mind that when you vote, you can’t search for your friend and vote for their photos. The photos randomly come up, 4 at at time, and you pick your favourite of those 4. When I voted here and there, I think I only saw one of my own photos once (and it wasn’t the Finalist one!).

So of course you’re wondering, what photos did I enter and which photo was the FINALIST!? Well, I’ll get to that right now. As you saw above in that first image, 8 of the photos I submitted made it to the top 30%. Here they are. And finally….. the Finalist image!

So, even though I didn’t technically “win”, I’m still pretty excited about it all! Thank you to everyone out there who voted for my photos! This contest was brand new for 2015, but it will probably be an annual thing. I’m photographing so many incredible weddings, engagements & families this year, I can’t wait to see the results for next year!

And… I never did find out what those last 5 mobile photo apps were.